Burlap is Taking the Home Décor World by Storm 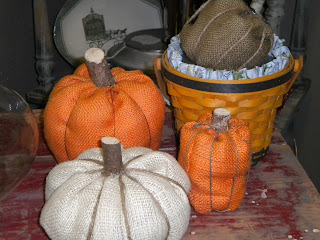 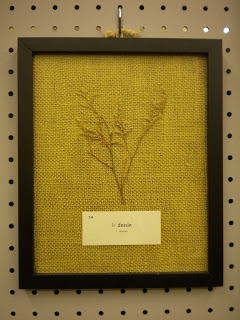 Burlap is showing up all over the place . . . in design magazines, in high end furniture stores and mainly at the Queen of Hearts Antiques & Interiors.


Have you ever wondered about burlap? Where it comes from? What was it originally used for? How many uses can it have? Well, strap on your burlap seatbelt and let's take a history tour of BURLAP. 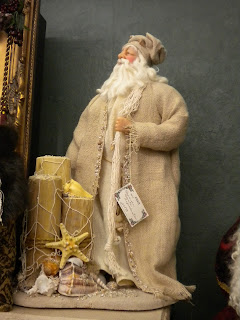 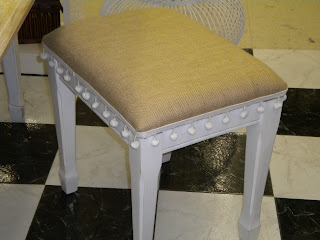 Burlap is made from the fibers of a jute plant. It is an important export from India and Pakistan. Originally is was used in small quantities as rope and paper in India. The English traders saw its potential and began to export large quantities. While the majority of the jute is produced in India, Bangladesh (eastern Pakistan), China, Myanmar, Brazil and Thailand also export jute. The people of India discovered that burlap on the backs of rugs and carpets help protect the more delicate and valuable wool yarns. 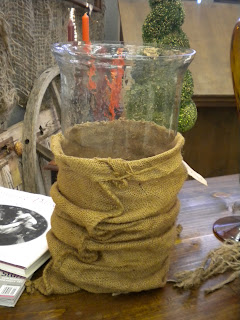 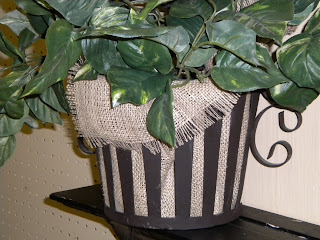 There are many reasons that burlap has been so popular over the years. Burlap is extremely durable, hard to tear and is weather resistant. It can be dried many times once wet and still maintain its integrity. It is available in many weights, widths and forms. It can be dyed, sewn and even laminated. Hands down it is a very versatile fabric. 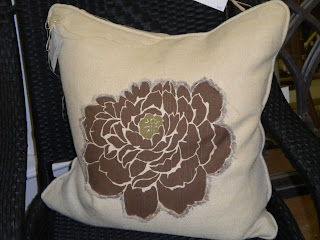 Burlap is considered a “breathable” fabric. When used outside as erosion control, it will over time deteriorate. Although it helps to protect young trees and plants from wind, prevents erosion, and is used as a casing for shipping wool, it also has a great presence in the furniture and carpet industry. It has been used for years as strapping for sofas and chairs and as backing for carpets.

This jute product is resistant to condensation. There are endless products that are shipped in burlap bags – coffee, grains, beans, and potatoes. 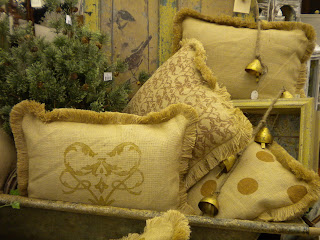 Burlap is considered a “green” product and has become very popular in the design world. Handbags and shoes, casual hats, and home furnishings are some of the areas that are sporting jute.

Please note the many repurposed uses for burlap. It has a big presence in the home accessory and design arena. These photos are from merchandise located at the Queen of Hearts Antiques & Interiors – Alpharetta, Buford and Marietta. 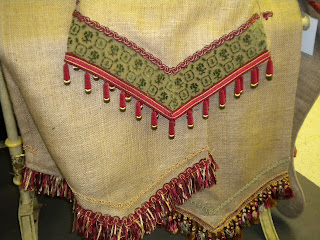 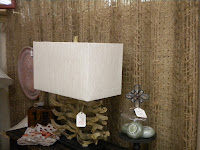 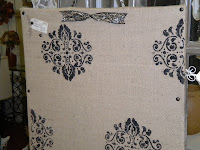 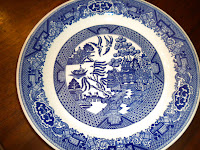 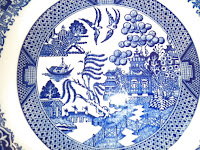